Tenura Anti Slip Bath and Shower Stickers; Not Just For the Bathroom

Tenura bath and shower stickers are perfect for slip prevention in the home, as they are cost-effective, easy to apply, and easy to clean. These features make non-slip bath stickers a more than suitable alternative to bath mats, as we explain in detail in one of our previous blog posts: “Anti Slip Bath Mats vs Anti Slip Bath Stickers: who’s the Winner?”.

Non-slip bath stickers are not just confined to use in a bathroom. They can be just as useful for marine applications. Water-faring craft such as boats, barges, and yachts can also benefit from the slip prevention that Tenura anti slip bath stickers provide. 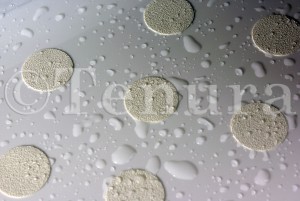 Marine safety is a vital aspect when travelling on the open sea, lakes, or canals. Any boat on open water demands a safe area for people to work or enjoy leisure time. Many slips and falls on boats are due to a slippery wet surface. Slip and fall accidents on water-faring craft can be minor to severe, and could potentially result in you falling overboard. Not only will this put you in further danger, but a water-vessel out of control could result in a collision, potentially causing damage to other property and people.

Many types of slip prevention can be quite expensive, hard to apply, or very time consuming, such as abrasive paints, which can take a long time to dry, especially in the British weather! 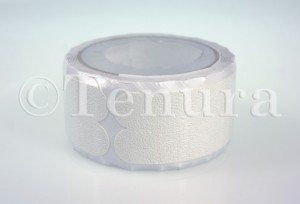 Tenura anti slip bath and shower stickers offer a non-slip surface without the worry of heavy-duty cleaning or constant reapplication of the material. Non-slip stickers, when applied to a clean and dry surface, provide excellent slip prevention.

Thanks to the construction, Tenura anti-slip shower stickers will provide an excellent anti-slip surface in dry and wet conditions, and should last a long time. Tenura shower stickers are also straightforward to clean, the shower stickers durable non-slip surface is non-abrasive (embossed surface with no peaks or valleys), so will not harbour dirt or damage cleaning equipment. These stickers can be applied to almost any surface and will create an effective slip prevention method. Clean the floor with an alcohol-based cleaner (We recommend IPA cleaner), and when dry, apply the anti-slip stickers ensuring adequate non-slip coverage. Read our blog: “Clean & Prepare your Bath with IPA for Anti-Slip Bath Stickers” to find the best preparation and application methods.

Please note that if you are looking into purchasing Tenura anti slip bath stickers for large surface areas, you should contact us via phone to discuss pricing and quantity. A single roll of anti-slip bath stickers will not provide adequate slip prevention. 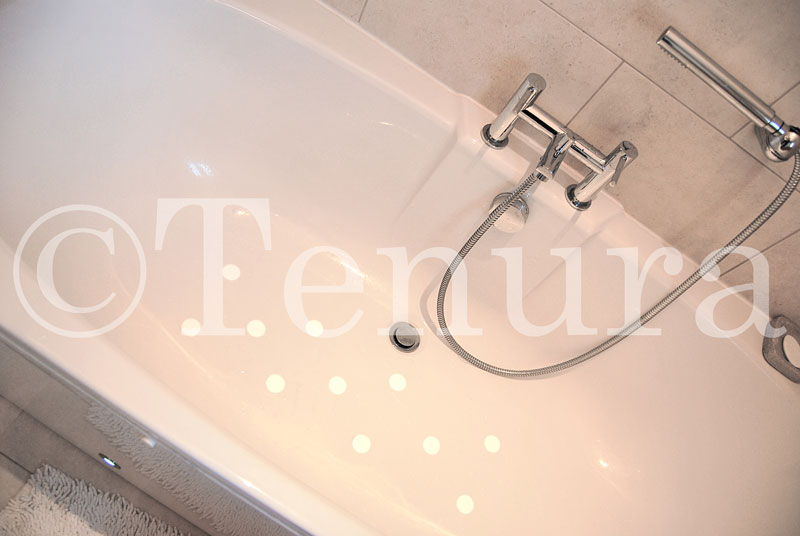 A large majority of the population will have an expert opinion on this, as as far as I’m aware, almost everyone takes a bath or shower daily.

I’ve had lots and lots of bath mats in my home, and some of them have done their job…. when they are new, and for about a few weeks after. Some either don’t work at all, or fail after a few weeks previously mentioned.

Anti-slip bath mats, for me, are a tried and tested means of applying an anti-slip surface to your bath, or shower, in some cases. When my nephew was born, we even had one that would indicate if the water was too hot.

While them being a tried and tested means is true, they do have many pitfalls which have made me decide to never use them again. One, cleaning them, is a pain, and unless you are vigilant in the process of making sure it is clean, you will have a mat covered with, for want of a better description, bath scum, which after a while, will not come off. This results in the suction cups not working, meaning you have to remove the mat, clean it, and re-apply, sometimes needing you to step on it to get the cups to work properly, with sometimes almost disastrous results. Not only is a mat not a suitable surfboard, but a bath is also not big enough to surf in, and I’ve had many a fright in my life stepping on to one only for it to attempt to take my legs from under me.

The hygiene of the things is a major pain, as they build up dirt so fast, and while I assume someone has created a mat that eradicates this, the price of it is no doubt ridiculous.

So although my opinion on mats, is jaded, they have, for the most part, served the purpose they were created for. But these negative factors have made me decide that I will never purchase a bath mat for my home again.

It is here that we move on to the veteran bath mats opponent, the anti-slip bath sticker. Having used them for the past year or so, I am pretty sure that if I just told you to throw out your mat away and apply these to your bath or shower floor now, these words alone should be enough to convince you to give them a try. However, to make this a more interesting ( hmm.. ) and informative read, their factors must be mentioned, so here we go.

Anti-slip bath stickers have been the most efficient anti-slip surface I have applied to a shower or bath, there are some I applied, in about 5 minutes I may add, about a year ago in a shower, which was a death trap, and they are still there, still stuck fast, still clean, and still keeping people sure footed while they wash.

Out of the whole roll ( consists of 72 discs, or 30 strips if you prefer those ), I used about 20-25 discs which covered the surface enough to not leave any completely open spaces on the surface that a foot would not be on a disc. The cost of a roll is very low, and compared to a bath mat, is ridiculously cheap, considering how many baths and showers you could apply them to, or potentially, one roll could last you for many, many years.

So far, I have never had any I have applied fail, though there have been mentions of them failing (I must hasten to add that this has been due to residue on the surface they have been applied to, please see the anti slip bath stickers application video for correct application )

Keeping them clean is easy too, partly down to the material and construction of the stickers, no bacteria can harbor on them, though I would like someone, and I myself may attempt to get them dirty, and see how easy they are to clean compared to a mat, but using common sense and logic, I don’t see myself trying to wipe or even scrub a limp mat any easier than cleaning stickers.

Who's the winner, Anti Slip Bath Mats or Bath Stickers?

My mind was already made up on the victor of this small contest, making my opinions, somewhat biased, but just.

Of course, for me, the winner is the anti-slip bath stickers, but if you read this, hopefully, that is pretty clear anyway.